3 Best WhatsApp Alternatives You Should Use To Protect Your Privacy 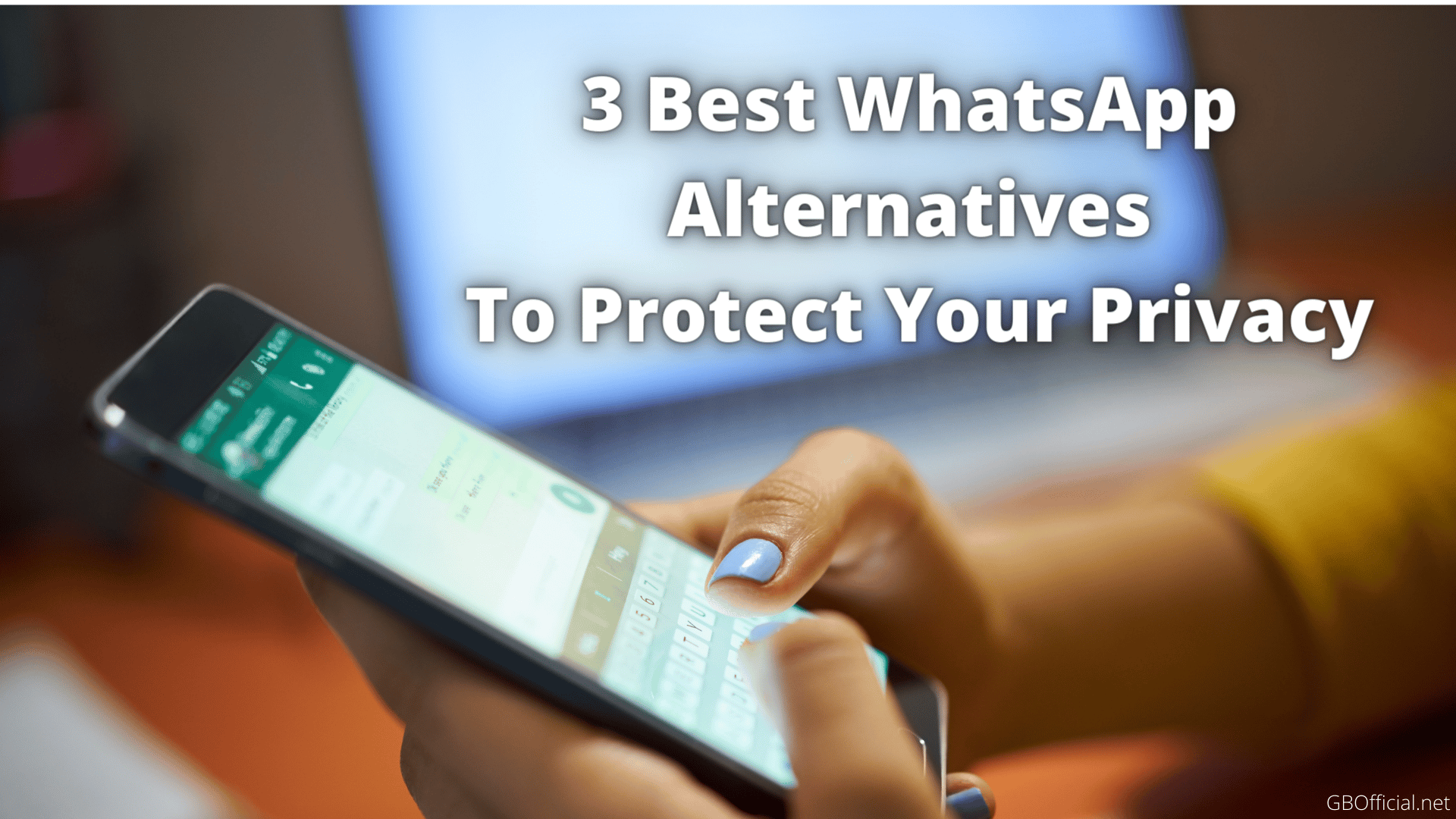 If you are one of those who care about online privacy then you should know about these awesome WhatsApp alternatives that are way away ahead of WhatsApp. WhatsApp recently updated its privacy policy which created confusion among its users and received backlash for not caring much about users privacy. We have discussed everything you need to know about the new WhatsApp privacy policy update here. But today we will talk about the best alternatives for WhatsApp that actually emphasize user’s privacy security in contrast to WhatsApp.

Privacy has always been a serious concern since the apps started taking over the internet. Let it be games, messengers or a simple health monitoring app, every app you install on your device needs to collect some sort of data from your phone. This is done to improve the user experience and bring new useful features to the app. However, all the apps aren’t the same and sometimes, collect sensitive information that isn’t fair at all. Doing so could highly compromise the users right to privacy. So you should know which apps to use and which you shouldn’t.

With the WhatsApp new privacy policy update, there are a lot of things that are changed now. If you are uncomfortable with WhatsApp or just have uninstalled it already, you might wanna have a look at these apps. Here are the best 4 alternatives for WhatsApp that you can rely on. Let’s get started.

Telegram has been with us for quite a bit now. It’s great for group chats with many cool features. It has over 500 million monthly active users base and increasing day by day since the major change in WhatsApp policy update. It is also worth noting that it is the most downloaded app in the January 2021.

Telegram brings many cool features that WhatsApp and Telegram already have in addition to some extraordinary features that ain’t present in the former apps. It also has end-to-end encryption for voice calls, video calls and group chats. However end-to-end encryption can also be enabled for individual chats as well but you have to turn it on under Secret chat options.

Signal is the most anticipated when it comes to the privacy of the users. In fact, Signal was the first app that took privacy as a serious concern ensuring users whatever they send, receive through the app will remain available between the intended party. Outsiders even the Signal team can’t intercept or get access to it by any means. Signal didn’t leave any chance to take a toll on WhatsApp for its poor privacy policy.

The app states- Privacy isn’t an optional mode — it’s just the way that Signal works. Every message, every call, every time. Signal even encourages users to check if it is working properly as purposed by the company or not. Signal shares its complete code source code for the Signal clients and the Signal server. This enables people to check weather Signal is abiding by its stated privacy policy or not.

Talking about the features, it is a pretty straight forward app built in keeping in mind the privacy of the users. It keeps zero records of activities you have done on the app. This includes everything from messages, calls and other things you do on the app. Like WhatsApp, it also offers a measure to check if the messages exchanging between the two recipients isn’t being intercepted by a third-party. Here’s the list of all salient features of Signal.

Threema is another great app and can be easily replaced with WhatsApp without losing any features. The first and the most important thing is, Threema offers end-to-end encryption to everything including voice calls, video calls, messages and even your status as well. This is great when you want a completely secure app that focuses more on privacy. However that’s not the end, it comes with other impressive features that aren’t present in the former apps. Users can create polls to know the opinions of fellow group members. Share any type of files, media and location. All these things are end-to-end protected.

Threema a paid app. It is available for 270rs in India. The price may vary according to the country. Users are required to do a one-time payment that will allow users to use this app for a lifetime. Keeping in mind all the features it provides, it is worth spending a few bucks on Threema rather than using WhatsApp which is free but also puts your private information in the wrong hands.

So these were some apps that actually care about your privacy. These apps provide everything WhtasApp offers plus some cool features that aren’t there in WhatsApp. Also you should know that WhatsApp still hasn’t gotten rid of end-to-end encryption in the personal chats, we don’t need worry much. But there are some other things that WhatsApp started collecting recently with the new policy update. And this is where it starts to get a little it uncomfortable to use it. You can read about the new privacy policy changes further in detail on our site. Let us know which app do you like most and why?

15.01.5 + WhatsApp + 2 weeks ago
Home › News › 3 Best WhatsApp Alternatives You Should Use To Protect Your Privacy