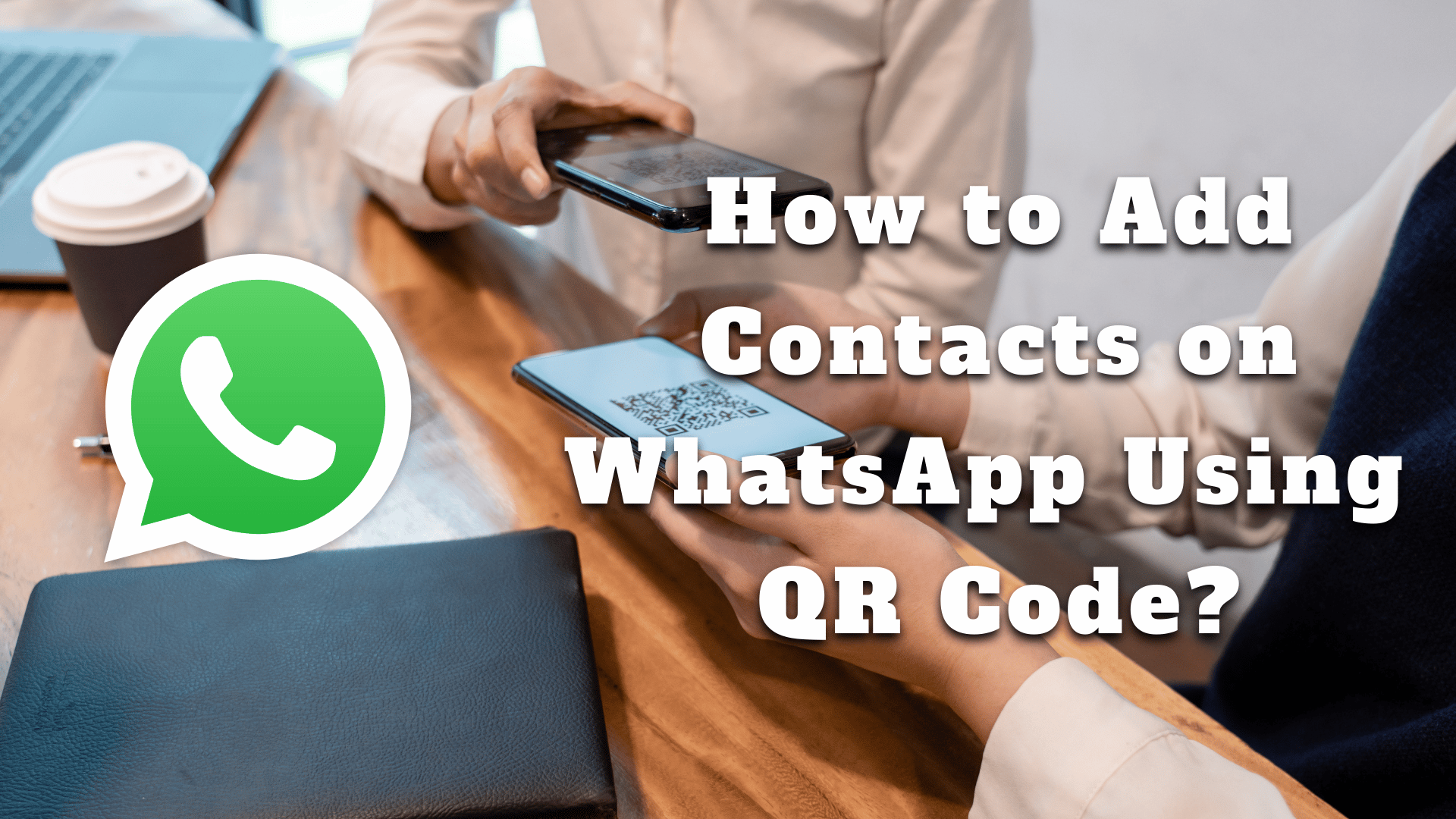 QR Code is not a new thing for us. We have been using QR code for quite a long time now. It is used for accessing quick information without the need of giving input. Being said that, if you want to know how to add contacts on WhatsApp using a QR code, then follow the guide below. We will tell you everything you need to about QR code on WhatsApp.

How to Add Contacts on WhatsApp using QR code?

WhatsApp has introduced this feature last year but only a few are aware of this feature. Adding contacts on WhatsApp using QR code is much faster than adding the contact manually to the device. If you know someone and want to add him to your WhatsApp chat, you can scan their code on your device or vice versa and start the conversation right away.

Here’s how you can add contacts on WhatsApp using QR code.

First of all, you will need the QR code of someone you want to add on WhatsApp. QR code can be scanned using the camera or from the gallery if you have the QR code image of other contacts.

Open your WhatsApp, go to settings. You will see a code icon in front of your name. Open it and you will see two tabs. The first tab is your own QR code and another one is the Scan Code tab.

After scanning the QR code, WhatsApp will check whether the number you are trying to add is registered on WhatsApp or not. Sometimes people reset QR code, in such case you won’t be able to add them to your contacts. Make sure the QR code you are scanning is valid and active.

Where is my WhatsApp QR Code?

To open your QR code, go to settings and tap on the QR code icon. There you will see your own QR code. This code is valid and people that are not on your contact list can add you.

How to Reset the WhatsApp QR Code?

Be careful while sharing your QR Code with others. Make sure you are sharing QR Code with the right people. Because anyone can reach you with that QR Code.

If you think your QR Code is leaked, shared intentionally or unintentionally to the public, you can simply reset the QR Code.

To reset your QR code, go to settings and tap on the QR code icon. Now tap on the three dots on the top right corner of the screen, tap Reset QR Code.

You will be given a warning, tap on reset to rest the QR Code.

Now, you will be assigned a new QR code. The new QR Code will replace the old one. Anyone with the old QR Code won’t be able to reach you on WhatsApp if you reset it.

Take note that, your QR code will only work if it is valid. If you reset your QR code you have to share the current code with others, then only people can add you on WhatsApp.

Same goes for everyone. You need to scan the active QR code to add people on WhatsApp. If someone resets it, you can’t add them. In this case, ask them to send you the current QR code.

So that’s all you should know about the QR code scanner feature of WhatsApp. Have a look at the most commonly asked questions below to know more about QR code. We hope you have got all your answers regarding this query. If you still think you missed something or have a doubt, you can freely ask in the comment section below. We will try to reach out to you ASAP.